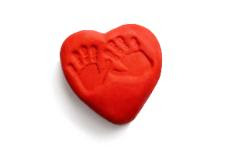 i sooooo moved and touched today... because ka fei and honey posted English translation in their blog for me!! yeay! finally, i can read their blogs liao! yippie! im sing tried to blog in English too, but i think she gave up half way.. hehe...

confessions of a medical student #45 : i can't read Chinese.... i know, you can go ahead and laugh, call me banana of whatever names you can think of... sigh... condemn me for not knowing the Chinese language... it's not the first time, anyway... you know, maybe i didn't had the luxury of attending a Chinese primary school,.. there's so many nice Chinese books i would love to read, if i could... and those Chinese songs i had to learn and memorize by heart... going to the karaoke but not able to sing Chinese songs... disappointed when some Korean/Japanese movies only have Chinese subtitles... and when you go to the Chinese food stall, being unable to read the food menu, you kindly ask the hawker what he have, and he would give you a cruel 'can't-you-read?' stare... eventually, i learn to figure out a few words... once i told my friend that if he sees a single syllable word which is super hard to write, it's indefinitely porridge... and susan just laughed out loud... haha!.... but seriously, it's true and logical right?? oh well... and sometimes, sometimes, it does feel painful, almost stabbing, when being segregated by your very own race.. sigh.. i shall not elaborate on the feelings... don't wanna get too emo today...

but of course, there were not too bad days too... i do remember clearly, when i was attending a camp in form one, a Chinese Language Society Camp, (i don't know how shinLoo successfully talk me into attending the camp), but anyway, it was really hard for me at first... then i remember, there was this senior committee, Ah Fatt, who actually translated every activity/announcement during the entire camp, (every single word!),despite me being the ONLY one who doesn't know much Chinese.... so nice, right?? and, by the way, the camp was fun! and i was glad shinloo dragged me along :)

and there were those really bad times too, like the first day i stepped into UKM, during orientation week, i could not understand why did they liked to separate the races, and the Chinese would be grouped together for some 'ethical talks'.. and when the senior (forgotten his name) asked 'who do not know Mandarin, raise your hands' - which i eagerly did, and despite the few of us, i think about 10 of us, who raised our hands, the senior just nod with a 'okay, just-a-minority' look, and said 'ask your friend next to you to translate to you'.. and continue talking (in Chinese)... my heart literally break that day, how i missed home so much....

i think, the worse thing was, i innocently grew up, believing that about half the Chinese population in Malaysia don't know Chinese as well... i thought not knowing Chinese was a norm... because in Seremban, there was King George V, St Paul, Convent, ACS.... while as for Chinese School, there were just Chan Wa and Chung Hua High School.... and SMK Bukit Mewah, of course... so, i grew up with people who spoke English... i grew up believing that everyone does that too... it was only in university that i realized the harsh reality...

okay, shinyin, don't get too emo... i did finally picked up some Chinese along the way... thanks to my housemates and friends who helped me all the way... i know, stopping you all at mid-sentence with a blur look can sometimes be irritating... hehe..... do bear with me...

anyway, thanks a lot, my friends!! thank you for spending the time and effort... thanks a million to ka fei, honey and scent for the translation on your blogs, and thanks a lot to all my friends who helped me cope with the language barrier and cultural shock..... i really, Really, REALLY appreciate it.. and this blogpost is dedicated to you all~ *muaks*

p/s: learning a bit of Chinese in university, is beneficial too, it comes in handy when clerking patients, especially really old patients who had poor command in BahasaMelayu and English.. i learned terms like Prostate cancer, Anemia, Breast Cancer, Cyst, schizophenia, MDD, etc in Mandarin and Cantonese... thanks to my friends who patiently taught me well ^^
confessed by confessions of a medical student Time Of Birth 1:28:00 AM