The truth of a doctors' life.... in despair and disappointment.... 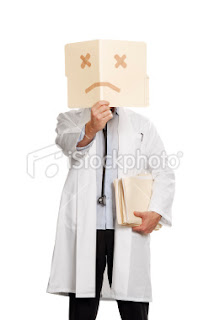 my mind has been very undecisive lately... tired and exhausted... heart heavy and disappointed...
and today i came across this article... which reflects my daily working life 99%!!
i wonder whether our superiors knows what is going on... and i wonder how they can allow it to continue going on... life as a housemanship is like sh*t... and MOship is no better... even when i see the specialist, they are having a hard time... it's the system, it really needs improvement...
i would like to share that article by MS Mohamad with you... it speaks the mind (and heart) of a number of us serving the government...
---------------------------------------------------------------------------------------------
Why we left and why we will continue to leave...
Posted by: MS Mohamad
I read an interesting article today about a few prominent figures addressing their concern over the increasing UKM and UM medical graduates who have left the country to continue their medical practice overseas.
After reading the news for 3 times, I called a very close friend, an MD (UKM) graduate to ask his opinion on how the news might have affected him. He has been working in Singapore for more than a decade as a Consultant Surgeon with a certain sub-specialty
"Why be a slave in your own country, when you are a king in another?" He replied.
Indeed, if anybody would want to find a reason why all of us left, either after housemanship, after being a specialist, or even after sub specializing, and now, even prior to doing housemanship, they need not look at our payslip, or the wealth that we have gained overseas, but only to the Medical System that has been rotting in the ignorance and politic-based stupidity that Malaysia has been well-known for (in the medical field).
I have served the system for nearly 2 decades of my career, waiting for it to improve for so long, and only finding myself in despair, quitting with a 24-hour notice and serving abroad. The system is, in my opinion, keeping doctors, since the beginning of their career as House Officers to the end of it, in the lowermost priority. When I was working there, doctors are so ill-treated, while the nurses and the medical assistants are overpowering us.
I still remember the days when I was doing seeing patients and rounds as an MO, while the staff nurses would mind their own business, having breakfast in the pantry, or having gossip chats at their own leisure. My House Officers would then have to do merely all the labour-work, up to the extent of setting intravenous drips, and serving medications. If I am to expect the nurses, my patients would have been dead, or the work would have been too slowly or incompletely done.
When I was a House Officer, I had to run down 4-5 floors just to review a blood investigation of a dying dengue patient. The ward staff would either be nowhere around, or will say that he is busy (busier than the doctor?) or the answer I got at that time:
"Doktor nak cepat, doktor turun sendirilah, gaji doktor lagi banyak dari saya"


Even when I was a Specialist, the staff nurses had to be called again and again just to make sure the management plan for the patient would be done. I was already used to answers from them:
“I’m busy with something else"

“My shift is already over"


The Medical Assistants were worse. They would hide behind their so-called boss, the Head of Medical Assistant. They feel hiding behind him would make them not under our jurisdiction, that we have no power to instruct them in managing the patient, that they have power to manage own their own. I've seen them giving medications not as we prescribed, performing procedures without our knowledge, as if they are the actual "Doctors". They are in their own world, and we have to do their job, taking blood, labelling samples, and even cleaning gadgets from the procedures that we have done.
Oh, but the ministry loves this group. They even let them run a clinic now, instead of upgrading the clinics already run by doctors. The government feels that the MAs are very important and should never be ill-treated by those big bad doctors. One time when I was a District Hospital Medical Officer, I was conducting a delivery of a baby. An MA insisted that I remove my car which was block-parking his car. I answered through the phone that I was busy.
He came to the labor room and yelled "Semua orang pun sibuk jugak, macamlah doktor seorang yang sibuk!”
It is insulting that an MA or a staff nurse claims that they are BUSY, as busy as a doctor? As a Malaysian Doctor, I have even worked for 72 hours straight. I have experienced working until my 6 month old daughter did not recognize me at the end of the week.
Is that how busy they are? I am very sure that they are so busy, that they can only spend 2 hours at the nearby Mamak stall, or can only leave at 5:10 PM instead of 5, or can only have 1 hour of lunch.
The management staffs are worse. I have to beg and plead so that I can get my on-call claims, of RM25 per 48 hours of work. While sitting in an air-conditioned office, they will at their own leisure, process my call claims so that I will receive them by the next decade.
The state health or Hospital Director would just give another inspirational talk (of bollocks) on team effort and beauty of teamwork.
That is how Malaysian doctors are treated in the government sector: without respect, without dignity and without significance. Why?
It is because we are bound by ethics to try our best to save lives, despite how ill-treated we are. We hardly have time to complaint because we are too busy or tired, and we would rather spend the precious time resting or seeing our loved ones. The burden of trying to save lives is on our shoulders alone. No MAs or Staff nurses would shoulder it with us. They have their own bosses: the Sisters, Matrons, or Head of MAs, which job description is to ensure that the big bad doctors will not ask their underlings to do extra work.
This is how the Malaysian Ministry of Health have treated their doctors. I am very sure that in each and every doctor, there is a slowly-burning patience in serving the Malaysian people, which will eventually fade and cause them to surrender to serving a place that treats them better.
A few colleagues who graduated from UK choose to serve there:
"The pay is more, and we get the respect we deserve"
Another works in Brunei:
“Here the staff nurses respect Malaysian doctors, and they are very co-operative" (He ended up marrying one)
A few are consultants in Singapore (working with me):
"Here we are treated well, we spearhead the management, and every else do their work to the best of their capabilities".
A few even enjoys working in Indonesia:
“The work-load is horrible since there are a lot of patients, but we are well respected by every hospital personnel" (They have migrated there for nearly a decade)
I am sure that people will see doctors as power-hungry individuals who want to be the boss in the hospital. Trust me, after having graduated 6-7 years of medical school, earning a DEGREE, and subsequently MASTERS, and SUBSPECIALITY, you would expect a degree of respect and being considered important. We are trying our best to improve patient's quality of life, or making sure he lives another day. Is it too much to ask from the system that we are important?
I find that Malaysia is the only country that is making doctors' lives miserable and treated like rubbish. It was never about the pay in the first place. It is about the treatment we are getting and the false political-based promises. Do you know that the so-called circular about doctors can have the day off after working 24 hours straight released JULY 2009 is not yet implemented? Do you know that the raise of UD 41 to 44 does not involve every doctor in the government service?
We are waiting for improvement. We have waited a long time when we were working in the system. Somewhere along the line we decided to leave and wait outside the system. Until the system changes, we will continue to work overseas, in countries which are appreciative of us. Trust me, Malaysian-graduate doctors are considered highly skilful and competent in neighbouring countries, and the 15 % brain drain is more significant than you think.
We will return when the system prioritize us and gives us the quality of life we deserve.
If it stays the same, Malaysian Hospitals would end up having Staff nurses and Medical Assistants as "Doctors", and we would have to send patients to Indonesia for an appendicectomy.
Hear our voice. We hardly speak, but will usually fade away from conflict (and fly to another place).
original article here
confessed by confessions of a medical student Time Of Birth 6:52:00 PM

Email ThisBlogThis!Share to TwitterShare to FacebookShare to Pinterest
Classified confessions of a House Officer, sad