beyond it all, love our country, we must....

The news on Raja Petra, Teresa Kok and Sin Chew reporter arrested under Section 73(1) of the ISA for allegedly being a threat to security, peace and public order had shocked the nation, or rather shaked the nation.

Arrest of journo is a test case: Press Institute

PETALING JAYA: The arrest of Sin Chew Daily News journalist Tan Hoon Cheng is a test case for journalists all over the country to know how to approach similar situations.

Malaysian Press Institute chairman, Datuk Azman Ujang, said it was a rare case of a reporter being arrested under the Internal Security Act (ISA) for repoting an event.

“We are anxious to know how the ministry will react considering that the newspaper had explained that it was straight forward reporting.

“Journalists themselves are also anxious to know so that they won’t make similar mistakes,” he said.

“We believe that it is not right to use ISA on a journalist who was merely fulfilling her professional duty,” president Mokhtar Hussain told The Star on Saturday.

Calling the detention improper, he added that arresting reporters would not augur well for the journalism industry in Malaysia.

“Journalists will then be working in an environment of fear when reporting the truth,” Mokhtar said, adding that the club hoped for Tan’s release as soon as possible.

BLOGGER's COMMENTS: A test case?? you must be kidding, right? and Datuk Ahmad Ismail comments?

BLOGGER's COMMENTS: it's sad to see what is happening to our country.... the once 'politically stable' nation we were all proud of.... all messed up! politicians are suppose to be good lawyers... crap something good enough to pacify everyone.... not create things with many loopholes, only to be criticized by the people... the people are getting smarter... u need to find a better pacifier.... a better plan..... focus on improving the country... moving ahead.... rather than remaining stagnant, blaming one another, searching for loopholes, isn't that too exhausting?

HERE'S a message from Dr Hsu...

Dr Hsu: I would like to call upon all Malaysians to do these:

2. Do not do anything rash

3. Do not take to the street

4. Do not be instigated by people to demonstrate

5. Just voice it out in your blog, your comments to the blogs, and inform your friends and relatives about the situation

6. Call your Aduns or MPs and voice out your objection about these arrests and urge your representatives to voice out

7. Members of political parties, sms your leaders to pressure them to voice out 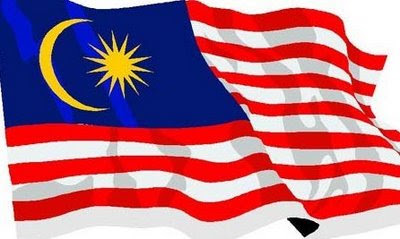 BLOGGER's COMMENTS: Perhaps, this is one of those times, we just have to love our country, no matter what the politicians do... whatever the outcome on September 16, we still have to remember, beyond all those political games, beyond all the hoo-ha, the ridiculous whateva, we NEED to have something stronger.... we need to love our country, and remember of those things which make us Malaysian... risking it all? - it's not worth it!
confessed by confessions of a medical student Time Of Birth 3:19:00 PM

Email ThisBlogThis!Share to TwitterShare to FacebookShare to Pinterest
Classified Malaysian