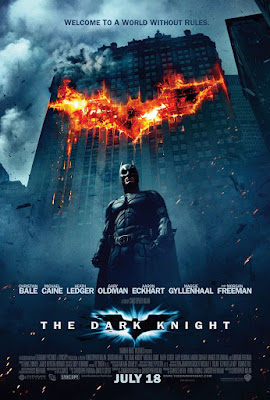 The Dark Night presented a new perspective of Batman. Instead of being the conventional ‘Oh my superhero, thank you for saving my life’ character... the citizens of Gothem actually hated Batman and wanted him to be put to justice. It hurts a lot, when you worked so hard to protect something, and not only were you not appreciated, but you were blamed...

I find this very similar in the medical field. Everyday, doctors slaved themselves to save lives, and some patients repaid them with unsatisfactory complaints and law-suits. However I do not blame the naive patients who had to wait hours for a consultation. When you are sick, irritable and unwell, waiting on the bench for hours is certainly not what one can tolerate. I blame the system instead, and the lawyers brain washing their victims, and the shortage of doctors. However, a short ‘thank you’, would make a difference, really, in fact a big difference... just 2 words. Doctors needed healing too. They needed a reason to carry on, to fight.

Anyway, review on movie: This 2 hours 32 minutes movie is worth your time. Whether you are an action-packed enthusiast, fan of intellectual challenging movies, a technology craze or simply a fan of Batman, this is a movie tailored for you! The trio of Batman (Bruce Wayne), Lieutenant Jim Gordon and District Attorney Harvey Dent, joined forces to dismantle the criminal organizations and put the mafias behind bars. The unpredictable mastermind, the Joker, was certainly a challenging opponent. I personality finds some scenes in this movie, eg, the joker with the knife, rather disturbing. This movie showed that, sometimes, we are too human to go against criminals like The Joker. The scene with the ships, with explosive remotes, showed that even in desperate life-and-death situation, being humans, we still have a heart.

Batman being more than just a superhero: when you work to serve others, there are sacrifices you make. How an ordinary person can be extraordinary. You do not need to have super strength, the ability to fly or be bitten by a spider to be a superhero. There is a little hero inside everyone one of us, let it shine.

I shall not reveal more, you enjoy the movie. =) 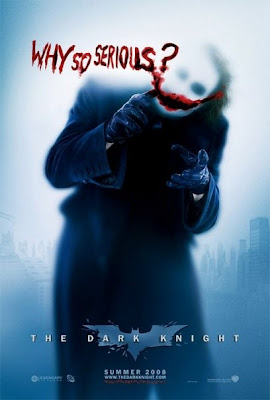 confessed by confessions of a medical student Time Of Birth 10:48:00 PM