Wives purchase over 'E-Bay' - IS THIS LOVE? 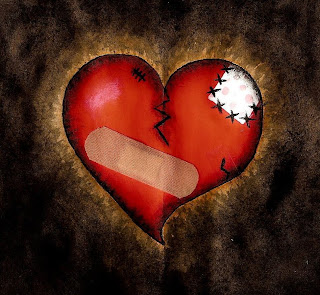 There she was, this small petite lady, carrying her yellow baby in her arms. She had small narrow eyes, eyes of olive shape, shallow as if no secrets beneath, often looking in a downward gaze. Her face was round, nose rather flat, small button-like mouth, skin rather dark, like bark of a tree. She was not exceptionally pretty or striking in any way. I never saw the smile, just her innocent, the child-like look. Oh, I wonder how young she must be.

‘She cannot speak Malay Language or much Chinese Language’ she explained, while I was trying to get a more detailed family history of blood disorders and other past medical history. A challenging patient with such language barrier, I thought.

‘My daughter-in-law is a Vietnamist’ the old lady added. Without further prompting, she said, ‘Nowadays, Chinese Ladies very picky, hard to find Chinese wife’ she ventilated.

I smiled back, not knowing how to reply her. So, I did what I knew best – listen.

‘I brought her from Vietnam.’ (more like bought)…
‘Good girl, give me a beautiful grandson, listens to her husband, helps with the household chores’
Indeed, I was so shocked to here that.

WHAT HAPPENED TO LOVE???

Then I realized, it takes two to tango. He wanted a wife, a child, a family. And she, she wanted a man to take care of her. The reasons were obvious, straight forward. So, they more or less, fulfilled each other wishes. (and needs)

In today's modern world, we even have 'e-mail order brides'.
YES, you heard it right! Wives can be obtained over the internet, like purchasing a product from e-bay.

How could we have gone back to that extend?

How could one be degraded to such extend?

Perhaps, what she said were partially true.

The father of the yellow child was lorry driver, a not very good looking lorry driver, not highly educated, earning just enough to live, sometimes, even struggling to make end meets, unable to afford luxury items.

Would you be with him if you were a girl?

With the ideology of ‘You MUST marry/date a good man’ instilled in those Chinese girls from young.

Perhaps that was what molded them to what they were today.

It is portrayed in old Chinese Tales and even in the latest TVB series.
It was said, you cannot choose your parents, but you can choose your spouse.
Drama, drama, drama…

So, what makes a good man?
A man who is rich?
A degree-holder?
A white-collar profession?
A man who owns a car and a house?

It is funny, the scale they use.

And I wonder, what happened to love?

It puzzles me a lot. I mean if I were a man, how could I live with a girl whom we don’t share same interest, and worst, can hardly communicate with each other…

Could we even understand each other?

How could they even have a child together and later spend the rest of their lives together?

Does Love grows with time???

I know, I live in a fairytale.

I thought that love and happiness is the core, and everything else is secondary.

Maybe i was wrong...

But with the increasing number of b/o Nyuget, b/o Thai Tam Thee, b/o ....etc…. (foreigner)… mushrooming in our nursery ward, I guess, sometimes, we have to face the harsh reality.


p/s: anyway, about the child, he had jaundice with a TSB (Total Serum Bilirubin) of 17.4. After 2 days of phototherapy, the TSB level reduces to acceptable values and the child was discharged well ^^

some news from the star:

With the rising number of women in Malaysia choosing to marry late or not at all, some Malaysian men are turning to our northern neighbour for life partners.

THERE is nothing like the sensuous feel of a Vietnamese woman.”

“Vietnamese women are slim and gentle,”

and “They never divorce.”

Yet, a mere click on the Internet shows that it is easy to be hooked up with a Vietnamese bride of your choice

“When the selection is made, we fly the girl over and they can have a trial meeting at the agency or a hotel room, and if both agree, they can be married off. Fees range from RM16,000 to RM30,000, depending on what the deal includes; some of our clients want us to do the paper work as well,”

The girls were paid for on the spot and taken away by the men as their wives, and “the prettier and sexier the girl, the higher the price she fetched”, he says.

Cupid Marriage Counselling Centre owner Kh’ng Kek Kon said her customers could also request for a virginity test if they were looking for virgin brides.

The customers get to view the candidates and communicate with the agencies via e-mail. Once a selection is made, the woman is flown over for a trial meeting.

A housewife from Kuala Lumpur admitted she was worried as her only son, who is 34, is still single. “He has postgraduate qualifications. He worked as an engineer for four years but is now running our family business.

“I hope I can get the girl to come and stay in my house for a week so I can see if she’s suitable. I can send her for English classes and driving lesson in future,” she said.

Lia Sidhu of Cupid’s Touch says most Malaysian women are still single because they work so hard that they don’t meet anyone outside of work.And they believe that it is unprofessional to form a relationship with a colleague or a client.
confessed by confessions of a medical student Time Of Birth 9:36:00 PM

Email ThisBlogThis!Share to TwitterShare to FacebookShare to Pinterest
Classified about love and relationships