So this is love… 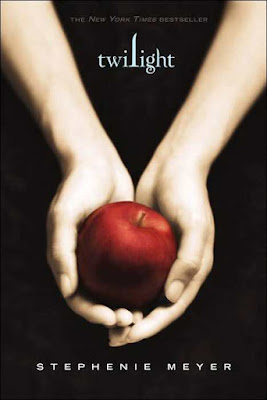 “But of the tree of knowledge of good and evil,
thou shalt not eat of it:

For in the day that though eatest thereof

Okay, let’s turn this story into more fiction, less academical. This is not another PBL session.

You know, there is this saying that you can have any disease in the world, but never ESRF, end stage renal failure. (a condition where the kidney malfunction is so bad that you need either a renal transplant or long term dialysis to prolong life) ESRF... Not only is it financially burdening, time consuming, but also emotionally exhausting. Imagine, dialysis three times a week, each time about 4 hours. The transporting time, waiting time, not yet included. It cost an avarge of about RM200 weekly for dialysis, RM12,500 to make an AVF (fistula for dialysis). (related article: the man in the next cubical)

Makcik Jah had been in the hospital for the past 2 weeks, under my care. Although I prayed very much that she would be fit enough to discharge, her blood pressure is simply too high to allow it. She had been maximized on most hypertensive drugs.

And everyday, she would ask, ‘boleh balik doctor?’ and I had to look back in her eyes, ‘sorry Mak Jah, hari ini tak boleh la, tekanan darah masih tinggi’… I hate having to give disappointment to patients. ‘tak apa la makcik, cuti di sini sajalah, kan ramai kawan-kawan baru’ trying to pujuk her a little… then she would let out a giggle… showing some gaps in her row of teeth...

Every morning, at the bed of Mak Jah, is her husband, let’s call him Pak Jah. I really salute him. Seriously. Every morning, his daily routine would be going to the wards, bringing breakfast to Mak Jah, wait patiently until visiting hours starts, cheer Mak Jah up, teman her for dialysis, weight her after dialysis, carry her around... he would supervise her medication, pronounce those medication names as fluent as the pharmacist, stating the dosage and function of each... he would put up with her unusual temper swing, sometimes, her stubbornness... what patience he had...

I guess it is not easy to care for one who is on ESRF, with dialysis on every other day. Mak Jah also had a right below knee amputation secondary to diabetes. So, Pak Jah, had to carry her around, as she was already ADL (activity of daily living) dependant.

I mean, isn’t that a big commitment? i had never seen their kids visiting. Very often, it is just Pak Jah. everyday, every morning, every evening, every moment. It was as if he lived half his life in the hospital.

Pak Jah would come up to me from time to time, asking me how is Mah Jah’s progress. He would ask for favours like to spend time to pujuk and advice Mah Jah to take her medications, and not to skip meals. Sometimes, despite our hectic schedules, i guess we tend to obligue.

As you see, Mah Jah tend to reject food when she is a little upset, and she would go into an episode of hypoglycemic attack. Each time Pak Jah would buy outside food for Mak Jah, a few options, and coax her into eating. And he could feed her, care for her, love her.
I think he could have abandoned her, at any point in time, but he didn’t.

He could have gave up on her, but he didn’t.

He, being a muslim, may indulge in the luxury of having a second wife (maybe third, or forth), but he didn’t.

Their life savings went into providing better care for Mak Jah, and dialysis is not cheap, mind you.
I think the hospital can be a very sad place.

But sometimes, if you look hard enough, just around the corner, you may just spot happiness.

Perhaps, so this is love...

p\s: had my first on-call, will find time to blog about it ^^
(related article: the man in the next cubical, a sad story)
confessed by confessions of a medical student Time Of Birth 12:12:00 AM

Email ThisBlogThis!Share to TwitterShare to FacebookShare to Pinterest
Classified about love and relationships, confessions of a House Officer, happiness :)