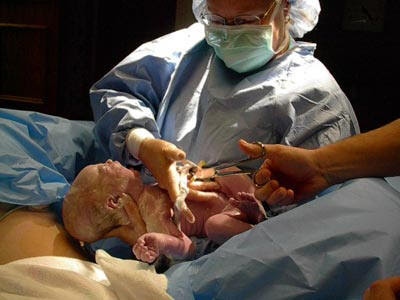 OS FULLY!!! Dr Yuli shouted while I stared at my index and middle fingers, still trying to figure out whether they were 10 cm apart.

The mother had been suffering over 8 hours of intense labour pain, with contractions pain as often as 5 in every 10 minutes. Imagine having terrible menstrual pain, once every 2 minutes, and multiply the intensity 10 times. Or perhaps a toothache or an awful stomach ache, intensity multiplied 20 times. Labour pain has long been agreed upon to be the worst pain on Earth. Women admired for the strength to endure it.

Bringing water, readjusting the bed, offering the extra pillow, holding the mother’s hand and reassuring her- these had been the medical student’s role here at the labour room in HUKM. Ermmm.., I would not want to leave you with the impression that we have limited ‘function’. I mean, apart from that, students also set the IV line, apply the CTG monitors, run the pitocin, fill up partographs, catheterize patients, etc… but patients often remembers the former.

The calm labour room quickly evolved to a battlefield, as if getting ready for a war. The mother shouting in pain, and everyone else moving swiftly, taking their positions. I grabbed the apron and put on the sterile gloves. People around me were dressed, prepared, and readied. The delivery set opened, sterile drape spread out. She was in lithotomy position, hips and knees bend, both hands grabbing her respective legs. The suction device heard at the background, readied to welcome the baby. I tried to calm the patient, tried harder to calm myself.

The baby’s head appeared at the vaginal opening, as the mother pushed with all her might. ‘TERAN!!’ we shouted in unison, the doctor, the midwives, the students, all very supportive, like a cheerleading team at a ball game. The mother working very hard, doing a very good job, probably she had learnt very much from her previous experiences.

I held the baby’s head while Dr Yuli said, ‘It’s exactly what I taught you in class, stay calm, you can do it’. I was numbed. My hands moved automatically, very obedient to her verbal instructions. The baby squeezed through the passage faster than I expected. A series of pictures flashed through my head. The tension eased, the baby slid out. I clamped the umbilical cord and cut it. The baby cried. I let out a sigh of relief. I was stunned.

The world is a beautiful world.

‘Show it to the mother’ a voice instructed, breaking my thoughts.
Right. I held the baby in front of the mother.
‘Lelaki atau perempuan?’ Dr Yuli asked the mother on my behalf.
‘Perempuan’ she answered, almost breathless.
‘Congratulations!’ I said excitedly.
‘Thank you everyone’, she replied with a smile.

The midwife cleaned the baby and wrapped her in warm sheets.

‘Your first time?’ the Doctor asked.
Yes, I replied. I wondered when she started realizing it.
Congratulations, she said. Thanks Doctor, I replied.

Blood was taken. Lower abdomen massaged, placental delivered and checked. My heart sang happily, as I cleaned up the mess, helped the mother to change and tried to make her as comfortable as possible.

It was a full term 2.54kg baby girl delivered via spontaneous vertex delivery after 12 minutes in second stage. Baby’s Apgar scores were 9/10. Placental and membranes were completely delivered and they weight 600mg. Cord pH was 7.306. Estimated blood loss was 200cc.

I conducted my first delivery that day.

Her name was Aifa Amira.I brought life to Earth.

Correction: God created life. The parents bought life to Earth. The team and I merely facilitate. But it felt so good. Delivery of a child is a magical experience. And I was glad Dr Yuli was so nice, and even more glad that it was a successful delivery.

I called my mum that day and shared with her my experience. I never felt so thankful and appreciative of the pain she went through. She agreed with the rest of the world that labour pain was the worst pain on Earth. She added that I was a very stubborn baby, (still very stubborn now). They had to forcep me out. Okay, let’s not imagine how I might have looked during the first few days of my life.

And if you are wondering whether I will ever put myself through that extreme labour pain,…. Considering my low threshold for pain – N-E-V-E-R!! Well,…….. there’s always epidural… many thanks to the genius who created such great pain relief drugs!!

Footnotes:
CTG = cardiotocograph, a electronic device to monitor fetal well being by measuring the fetal’s heart rate and maternal’s uterine contractions, plotted against time.
Pitocin= a drug used to stimulate the contraction of smooth muscle of the uterus during labour
Apgar score = A scoring scheme to assess the general physical condition of a newborn infant based on a rating of 0, 1, or 2 for five criteria: heart rate, respiration, muscle tone, skin color, and response to stimuli.
Lelaki = Boy (in Malay Language)
Perempuan= Girl (in Malay Language)
(Written on December 09, 2007 at 02:12 PM)
confessed by confessions of a medical student Time Of Birth 2:12:00 PM