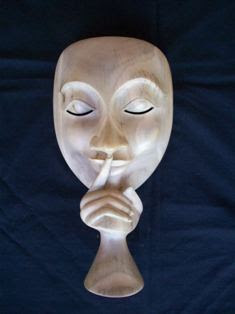 
PUTRAJAYA: A 20-year-old woman suffering from Influenza A(H1N1) died on Tuesday, the fourth person to die in Malaysia due to the virus, while more schools and campuses were closed when students exhibited flu-like symptoms.

The woman, who had contracted the virus through a local transmission, died at the Malacca Hospital from “severe community acquired pneumonia” at 9.40am.

Health Ministry director-general Tan Sri Dr Ismail Merican said the woman, who had suffered from obesity, had only sought treatment at the hospital on July 26, 11 days after contracting the disease.

She suffered clinical complications on July 27 and a throat swab was taken on Tuesday.

“The deaths reported affected victims between their 20s and 40s. They had early symptoms but sought treatment late and doctors did not suspect that they were infected by H1N1.

“This is discomforting to the Ministry,” he said after chairing the National Pandemic Preparedness Plan technical committee meeting here Wednesday.

Asked why the ministry was not alerted on the case on Tuesday, he said the doctor had only discovered she had H1N1 infection after her death.

Dr Ismail said he was informed of her death after the Institute of Medical Research got the results on Wednesday morning.

On whether the ministry would take action against hospitals for failure to detect H1N1 cases early, he said, “We don’t want to resort to the blame game. We advise patients to go to hospitals if they have symptoms.”

He said members of the public were still taking H1N1 lightly even after four deaths, adding that the latest victim had not heeded to her parents’ advice to go to the hospital for early treatment. He also said that doctors should be more alert.

you think they'll close down hospital melacca and quarantine everyone???
finally, a long break... haha...
~in your dreams~

i wonder, will the workload reduces when people gets paranoid... even my patients are asking for early discharges... haha, yeah, for the first time... an EMPTY bed in the ward... wow!

i know, i work in a high risk environment, sometimes, i do wonder, is it worth it?
risks of needle prick injury, TB contact, dengue contact, and now this???

p/s: guess what? even KTSN was closed down because of H1N1... sometimes, to think about it, when somebody gets infected, you close down the institution and send everyone home, those with (and without) fever... how smart.... i wonder....

confessed by confessions of a medical student Time Of Birth 12:06:00 AM