This picture was from the internet. i did not take any picture intraoperatively.


It was exceptionally quiet today.
Sounds around me seemed clear. Amplified.

I clean, draped, , palpated and made the mark with the forceps. Made a silent prayer.
With the scalpel in the right hand, the Lanz incision was made.

‘Deeper’, he said, ‘Do not be afraid’ he offered words of encouragement.

‘Proceed’ he said, ‘Don't worry, I am here, I will assist you’ he continued, holding on to the retractor. The rectus sheath gently cut. External oblique muscles, internal oblique muscles and transverse abdominalis muscle split respectively. The peritoneal layer gently lifted.


I could see the bowels floating below. Very carefully, I felt the thin layer of peritoneum between my fingers, and gently made a nip. The peritoneum breached. Peritoneal fluid clear.

‘Now, look for the culprit’ I whisper to myself.
The small bowel stared at me. ‘No, not you’ my heart seemed to talk. The small intestines pushed aside gently with the swabstick.
Now there you are. The ceacum was smiling at me. I traced my way along the Teania Coli with the Babcock, and finally, the little mischievous appendix was there. No more running away. It was green in color, gangrenous, swollen.

‘See, this is a gangrenous appendix, impending perforation’ he commented.
Wow, I thought. ‘Don’t panic’ he said, reassuring.
‘Remember, the window of opportunity’ he said, guiding me.
‘Yes’ I nodded obediently. The artery was gently pushed through and mesoappendix clamped.
‘You know your hand-knots?’ he asked.
‘Yes’ I replied.
So, I tied them, tight and carefully.
Then the mesoappendix were snipped away from the appendix.

The base of appendix was healthy. It was crushed and clamped. Then, carefully tied. Twice.

‘Finally, the most-awaited moment’ he said, as he hand me the kidney dish with the scalpel inside.
And this is when they called it APPENDICECTOMY. He said, smiling, as I gently cut the appendix. Clean.

Now, the abdomen was closed in layers. I happily sutured them, neatly, layers by layers while he started to unscrub. He remained in the room, still watching from the corner of his eyes. Offered me confidence yet ready to catch me if ever I fall.

Today, I did my first appendicectomy with Dr Mitesh, skin-to-skin.

'Appendicectomy of a gangrenous appendix in 50 minutes, with lessons in between. Not bad for a start,' he said.

It was the most awesome experience in my whole surgical posting and perhaps one of the notable best experience in housemanship.
I think I idolized him. Dr Mitesh.

He was the first person whom i met had the patience to teach housemen to do surgery, step by step.

First teaching, guiding them, then allowing them hands on. He guides you along the way, helps you when you are stuck and teaches you.

For that, I respect you and hope that one day, I will be just like you.

It is my dream that more and more Medical Officers and Specialist would spare some time to teach their housemen.

You know, a teacher’s contribution never ends. It continues to shine in the works of their students.

To him, I may be just another houseman, eager to learn.


For me, this is one of the most awesome moment in my life. A motivation in life. A lesson learnt. and perhaps one day, a life saved. A difference made.

P/s: Post operatively, The patient was later reviewed in the ward.
He was discharged well, happy, ambulating and tolerating well orally. Wound clean. 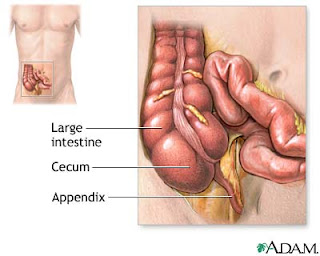 Footnote:
Acute Appendicitis - acute inflammation of the appendix, a life threatening condition. If ruptures, may result in perforation, sepsis and death.

p/ss: i've heard of my stories of bomoh removing stones via magical way. Just a thought, somehow they have not figure out a magical way to remove the appendix, have they? haha... obviously, you can't just pick up appendix from the roadside, can you?
confessed by confessions of a medical student Time Of Birth 10:17:00 PM